This huge dress trend for summer 2018 dominated the Emmy Awards

Thandie Newton, Poppy Delevingne, Joey King and the divine Judith Light were all in the know. Here, our 10 red carpet style winners

Only one nominee in each category could walk away with a golden statue, but these top 10 winners according to GRAZIA in the style sakes all had one thing in common: a knock-out gown that came straight from a designer runway.

Single bright block colour was the standard trend of the day, from industry legend Judith Light’s slinky Chrisian Sirano in glaring yellow (we beg, if it please the gods, may we look half that good at age 69), to Poppy Delevingne’s delicious sorbet green Giambattista Valli and Blackish star Tracy Ellis Ross in hot pink Valentino Couture.

Joey King looked like a princess (pun intended, sorry) as Zac Posen’s date in a gown of his own creation, and British Thandie Newton looked every inch the Hollywood sweetheart in candy pink. As we head into the Christmas party season, take note: patterns are out, head-to-toe single colour is everything.

At the other end of the colour spectrum was Emmy-winner Claire Foy in a serene white Calvin Klein cocktail dress, while her co-star Vanessa Kirby was a bombshell in nude Tom Ford. Mother of Dragons Emilia Claire looked stunning in Dior Haute Couture (and those earrings!), but the winner of the 2018 red carpet style stakes in our books was Jessica Biel in Ralph and Russo, the brand owned by two London-based Australian designers and favoured by Meghan Markle for her official engagement photos.

Below, our pick of the best 10 looks on the 70th Annual Emmy Awards held in Los Angeles, in no particular order and including some of their personal Instagram snaps. Tell us here, which was your favourite? 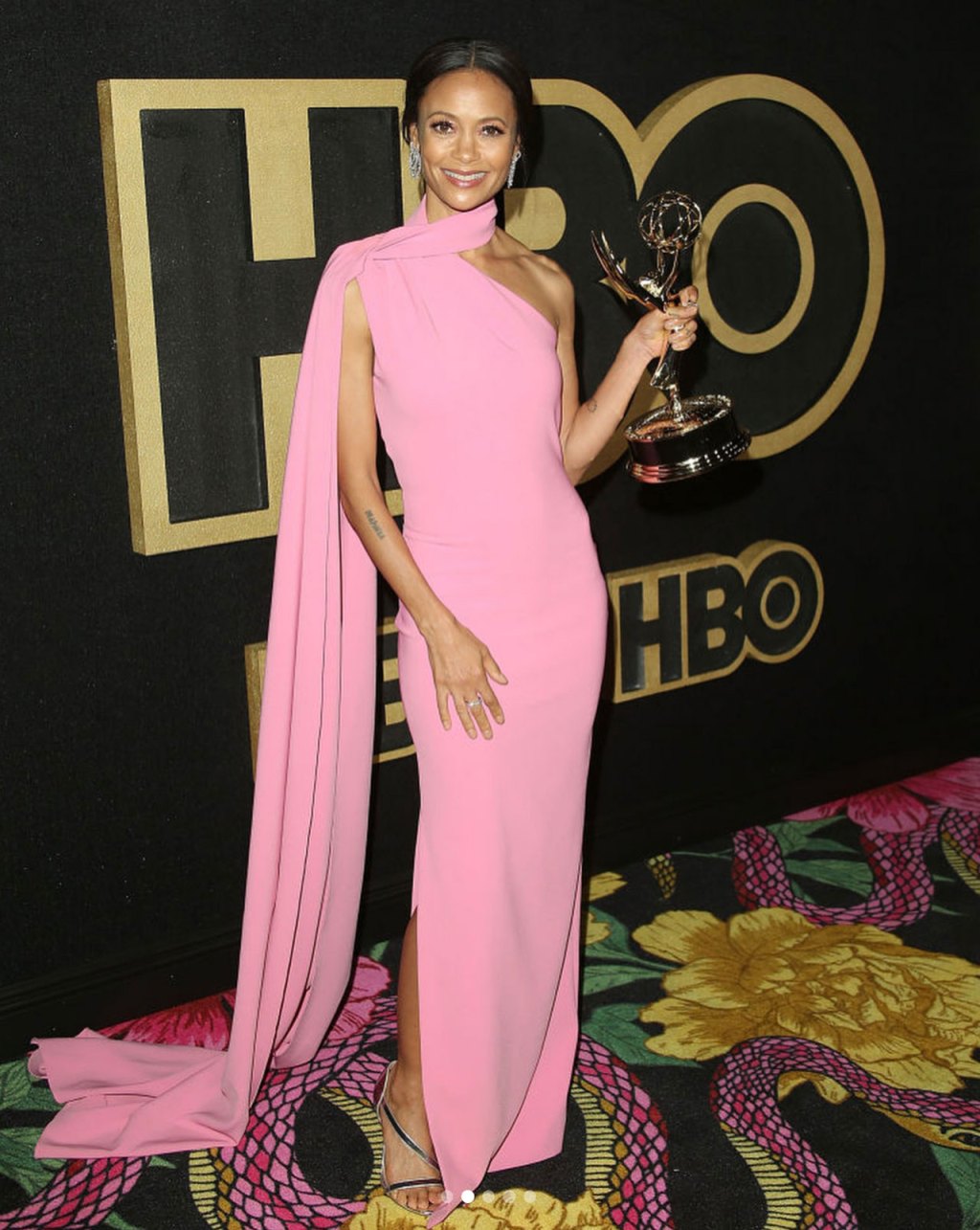 10. JESSICA BIEL IN Ralph and Russo