The Canberra connection behind Couture Week’s most striking look On the second anniversary of John Galliano’s arrival at Maison Margiela the designer abandoned narratives and invoked social media as his point of departure. Galliano’s latest ‘Artisanal’ collection, which has been near universally praised as highlight of the couture shows, took aim at the increasingly popular Snapchat filters that distort, transform and obfuscate our faces.

“This collection is about adding filters but as much about removing them,” read a statement released by the label. “Sharing is about connecting with a community, becoming part of a union, and relating through mutual emotions rooted in memories.”

True to form, Galliano abided by the house codes of deconstruction and craftsmanship, splicing garments open to reveal their cage-like seams without losing a sense of sculpture, joy and unfettered creativity.

One look, worn by Teddy Quinlivan, harkened back to Snapchat’s original filter with a white tulle shirt embroidered with a face vomiting a rainbow. On others, embroidered veils featuring abstract renderings of faces fell out of alignment with the models’ faces beneath, creating a disarming duality; other models’ faces and hair were threaded with fabric, creating more surrealist portraits by Pat McGrath. Some wore head pieces of high polish chrome, not unlike rear vision mirrors in which to take a selfie.

But it was the breathtaking penultimate look, a long white jacket lined with black tulle that poured out to take the shape of a lifelike face, that undeniably struck a chord. In an instant, images of the diaphanous look spread like smoke, which is as apt an analogy as any, as the collaboration between Galliano and the artist Benjamin Shine was pure ‘fire’.

At left, Serenity, a single piece of un-cut tulle on canvas; and right, Solitude, part of Shine’s series of one-piece tulle flows
Credit: Courtesy of the artist/Instagram

The Canberra-based, British born artist has made a considerable name for himself by creating portraits and sculptures predominantly using single lengths of tulle, hand-stitching, folding and an iron.

“What a day, and what an incredible few months it has been collaborating with the genius [John Galliano],” Shine reflected on Instagram. “It has been such a meaningful project in so many ways.”

To hear the artist tell it, Galliano – a long time fan of Shine’s work – and his creative team reached out with the proposal of a collaboration, and it was the designer who presented the idea of using a white coat as the canvas for the artist’s tulle work.

“The process of creating the tulle work was particularly challenging,” Shine told AnOther, “as this was a three-dimensional piece with movement. Additionally, I wanted to see if it could be fully transparent, to give a smoke-like effect. After countless construction and fabric tests, the effect was achieved, essentially resulting in the piece requiring me to hand-manipulate and hand-stitch it.”

British-born Shine has previously collaborated with other brands including Google, Coca-Cola and MTV, and has cultivated international acclaim through his projects in object, fashion and furniture design.

Shine has also worked with Riccardo Tisci of Givenchy on a capsule collection of haute couture sweatshirts featuring Tisci’s signature images of the Madonna and child, and was once commissioned to create an official portrait of the late Margaret Thatcher using silk chiffon and iron.

You can see more of his incredible work here. 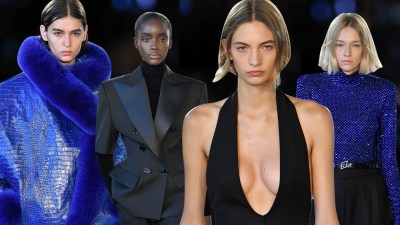 At Alexandre Vauthier Haute Couture, Sex Appeal Is Back 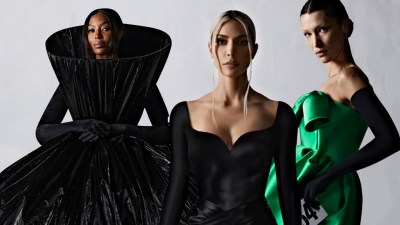 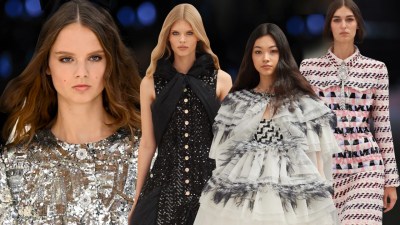 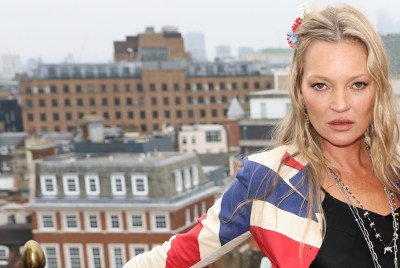 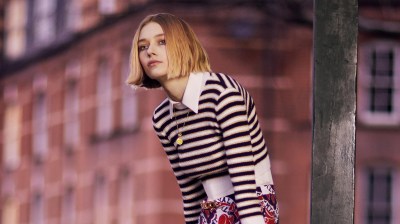