The story behind this TAG Heuer campaign will blow your mind

No Photoshop – just one incredible supermodel, one wild lion and one rather flimsy cage. Watch the behind the scenes video here

The tagline of the campaign is ‘Don’t Crack Under Pressure’ so perhaps it’s fitting that actress and model Cara Delevingne found herself in a potentially terrifying situation while capturing the hero image at its heart.

Inspired by the lion tattoo that Delevingne sports on her index finger, TAG Hauer’s latest watch campaign features a striking image of the 25-year-old with a wild lion growling over her shoulder. In this modern era, you could presume the beast in the background was added digitally to the picture afterwards, but the reality is far more impressive and proof that the Suicide Squad star is worthy of her wild child reputation for all the right reasons.

Photographer David Yarrow, who is famous for his skill in capturing images of endangered animals and commands up to up to $60,000 a piece for his in-demand prints, travelled with Delevingne and a skeleton crew to the Kevin Richarson Wildlife Sanctuary near Pretoria in South Africa for the shoot. The private game reserve is the same location a young woman tragically was mauled to death by a wild lion earlier this year. (TAG’s crew shot there before the incident.) 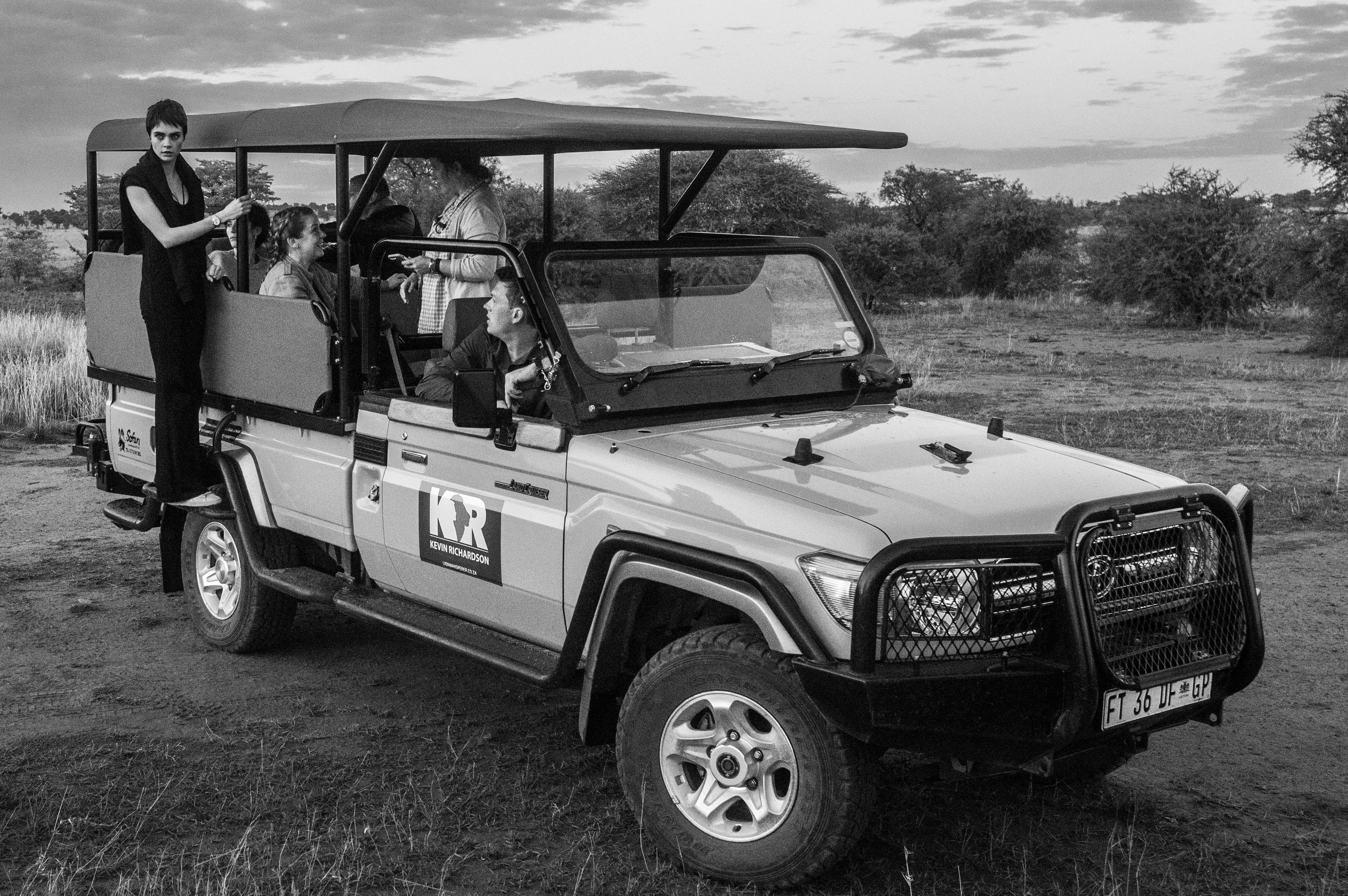 Under the expert guidance of owner and famous ‘lion whisperer’ Richardson, whose job it was to lure the beast into the frame (with meat, of course), Delevigne sat mere metres away from the creature, her back turned to him, with just a nearby wire cage as a safety net. (For the record, photographer Yarrow stayed inside the cage and sensibly snapped through a gap in the bars.)

“So we start you in the cage, I bring him up to the position, that’s your cue, then we’ve literally got like two seconds [to shoot],” seasoned handler Richardson tells Cara in the fascinating behind-the-scenes video below, which also shows him order her back into the cage just as quickly during a dicey moment. Far from the usual luxury dressing rooms and pampering team that Delevigne would now be used to on movie sets, the star – who was shot from the waist up in a fitted Herve Leger bandage top – wore comfortable jeans and trainers on her bottom half for the shoot.

The black and white images eventually captured – one with the model dressed, the other where she appears topless, reportedly shot at her request – are nothing short of spectacular.

“The person that deserves the most credit is Cara,” says Yarrow of the shoot’s success.

“You’re dealing with lions that won’t attack Kevin but they will attack everyone else,” says Yarrow honestly, who felt his own kind of pressure while balancing “the demand for content against the safety of one of the most famous people in the world.”

For Delevingne, the experience carried a deeper significance than just thrill-seeking. “Animals are part of our deepest connection to the planet and I don’t want to live in a world without [them],” says the Brit, who has been open about her personal battles with depression in the past. “Lions to me symbolise bravery and having no fear… [seeing wild lions] in particular has been one of my dreams since I was a kid. 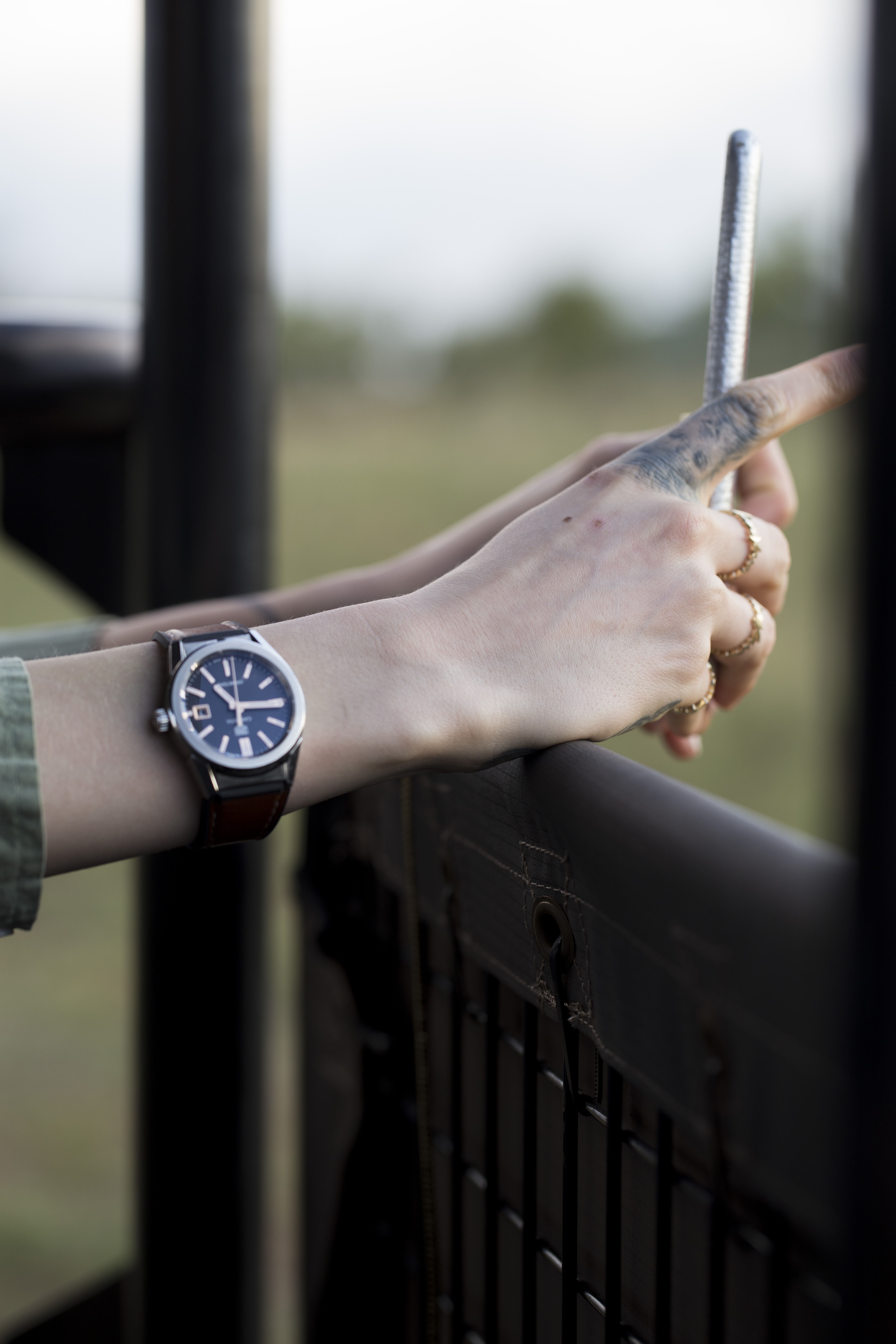 “You know, at the end of the day, if a lion had a little nibble on my leg, I think it would be a pretty cool story… pressure doesn’t have to be a bad thing. You can’t let pressure crush you. You have to use it as a fuel.”

Bucket list experiences and iconic photographs aside, why did TAG elect to run with a campaign image that doesn’t include the watch at all? 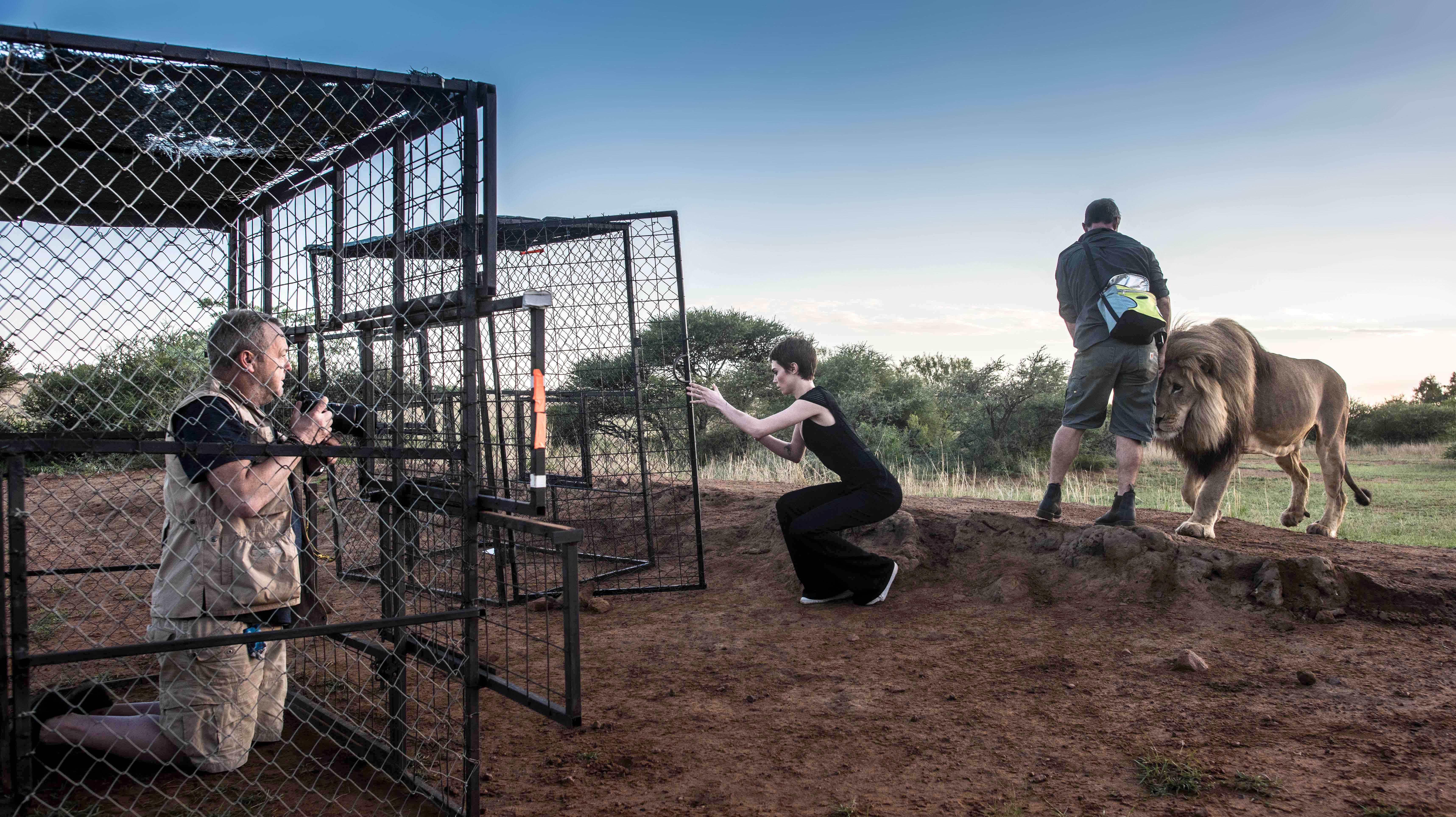 “Through her, I can see TAG Heuer reconnecting not just with the millennial and younger generations, but also with the brand’s avant-garde spirit, the spirit which pushes us to do things differently.”

“It is a new interpretation of Don’t Crack Under Pressure which, I hope, will inspire the youth of today,” he admits. Inspired is an understatement.

Spell Launches Its Next Foray In Denim
Next page