At Saint Laurent, She Wears The (Latex) Pants

Can latex ever be bourgeois? In Anthony Vaccarello’s world, it can. For Saint Laurent Winter 2020, Vaccarello shone a haute light on the typically tawdry, tasteless fabrication, reimagining it with a distinctly bourgeois bent. As spots of white light strafed the black backdrop, models in slicked-up latex leggings in raspberry, liquorice and cobalt stormed the runway. There were latex pencil skirts in striking violet, taut berry turtlenecks that moulded breasts with a Barbarella-like flair and black bustier dresses which clung to the body and plunged with drama. The final look was a high-shine, high-neck black dress with waisted cut-outs and black glossy boots that gave the illusion of head-to-toe latex. And yet, the entire collection felt expensive. Plush. Posh. 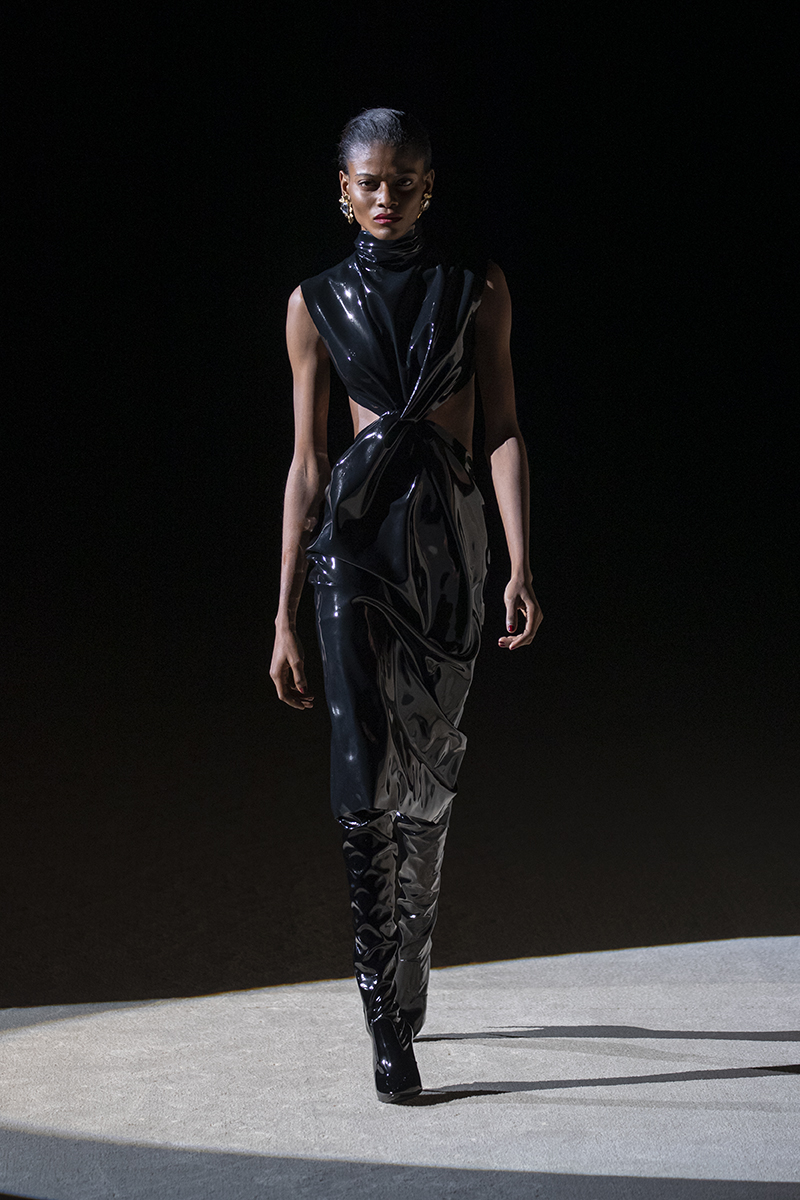 Vaccarello’s treatment of the fabrication tired back to the house’s forefather, who, while relishing excess, also rejected traditional concepts of bourgeoise. “Mister Saint Laurent had a very peculiar vision of bourgeoisie, he almost rejected it,” Vaccarello explained. “I was really stimulated by that tension this season, it made me want to break the codes that are too conventional. Saint Laurent is about danger.”

Indeed, danger was rife in the collection. Dangerous curves, dangerous cut-outs, dangerous fabrics. But there was also a well-behaved aspect to the collection; the classic houndstooth, the plush fur, the pussy-bow ties, the double-breasted blazers with wide lapels. This duality was at the heart of Vaccarello’s work; “I wanted to find the balance between control and abandonment, the tension between discipline and pleasure that defines the modernity of Saint Laurent.”

While this collection in particular championed a kind of BDSM-meets-bougie narrative, duality has long been a virtue of the house of Saint Laurent. As much as the brand has seduced us with its brand of “sexy”, it too has stood as a pillar of elegance, or as Vaccarello put it, a “mandatory” in the existence of the house.

Even his take on fetish wear felt strangely prim and proper; she wore sheer bras, lace-up leather panties and sheeny bustiers, but she wore them with lace and cachemire and polka dots. The latter, archival fabrics sat alongside the glassy glossy texture of the latex most brilliantly, a lesson in discipline and pleasure. Even the traditionally conservative Edwardian frill-neck got a subversive twist, rendered in the squeaky, seemingly sticky fabric. It was as if fetish wear had been gentrified.

There was also a striking departure from black – a colour Vaccarello seemingly only sees the Saint Laurent world – as splendid jewelled colour made for a beautifully bold statement, while accessories were utterly off the chain, in choker form around necks, belted around whittled waists and cuffing ankles.

Perhaps Robin Givhan of The Washington Post surmised it best: “He gave aesthetic credence to the male gaze. His clothes might rile up feminists – or feminists might take ownership of his vision. But his clothes were voluble. Vaccarello dominated the conversation.” A collection with the intent to celebrate a woman’s power and her sexuality, in this way, Vaccarello’s designs mean business. The business of reclaiming a woman’s body, her right to the rather flaccid concept of “sexy”, and representing herself however she damn pleases. Whether that’s in traditional tartan blazers – or latex leggings – that’s her business, and no one else’s. 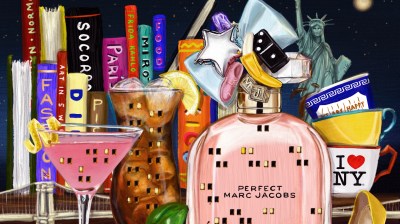 Perfect As I Am: A Celebration Of One Woman’s Love For Italian Food, Music + New York City 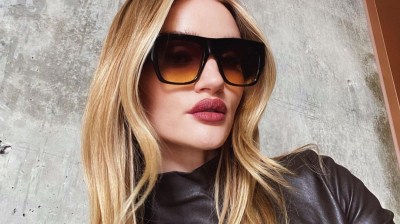 Wearing Yarn In Your Hair? It’s A Yes From Bella Hadid
Next page