Blood on the wattle

The artist Yhonnie Scarce breathes new life and energy into profoundly moving glassworks that, in turn, provide a space to mourn the loss of Aboriginal lives lost during the colonisation of Australia 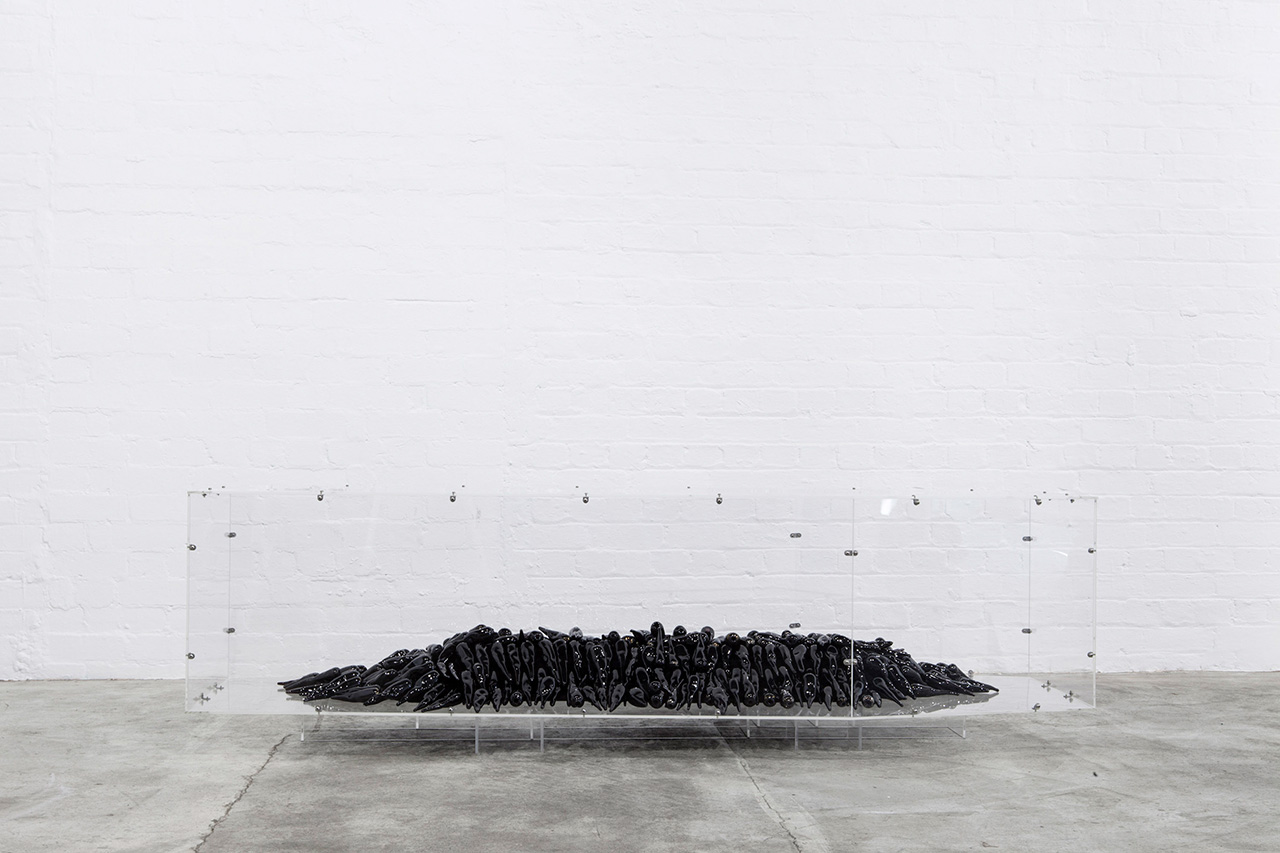 Courtesy the artist and THIS IS NO FANTASY + Dianne Tanzer Gallery 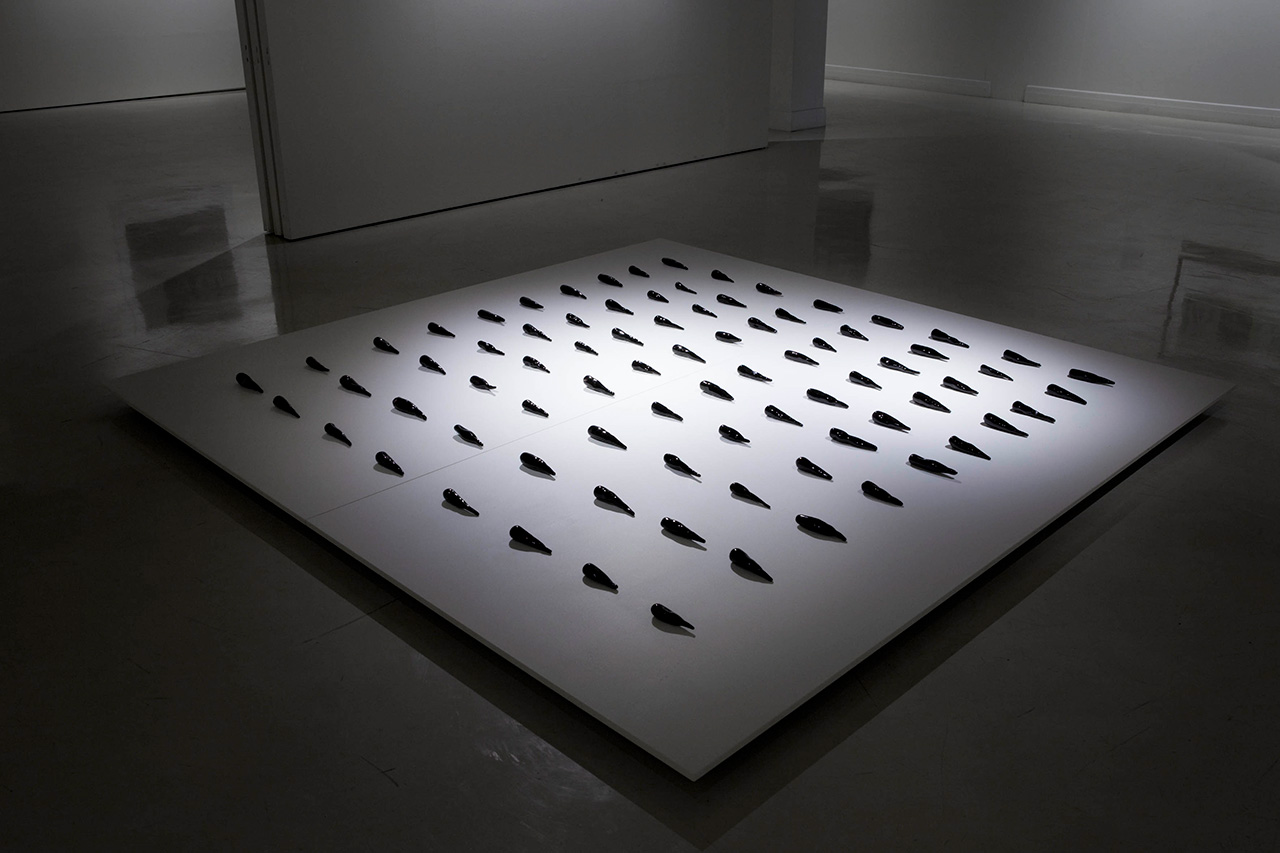 Courtesy the artist and THIS IS NO FANTASY + Dianne Tanzer Gallery

Exhibiting her work as part of Colony: Frontier Wars is Yhonnie Scarce, a Kokatha and Nukunu artist who creates deeply moving sculptures from glass that also serve as memorials to those that lost their lives in some of the darkest moments in Australia’s recent history. One of Scarce’s works, Blood on the wattle, pictured above, appears in Colony: Frontier Wars. Below, the artist explores the theme ‘identity’ in her own words.

This article was originally published in the March print edition of GRAZIA, out now. Subscribe to receive your copy here.

I started creating bush food from glass in the final year of my degree. For me, it was something I felt represented who I am as an Aboriginal person, but I also thought that they were beautiful objects to represent Aboriginal people and the food that we eat and our connection to the land and country too. As my practice progressed, I realised that the bush banana and the yam started to represent bodies and body parts.

I make the yams in particular in quite large numbers in a glassblowing session, and I realised that they were a good representation of corpses; I tend to use them quite a lot when I’m referencing death. With works like Burial Ground, Blood on the wattle and Death Zephyr, it’s about creating a memorial to those people who passed away in massacres.

When I started making those works I realised that Australia was yet to recognise areas where massacres had happened. There [are] small numbers of memorials but for me there is not enough, and so I wanted to create a space for people to mourn the loss of Aboriginal people during the colonisation of Australia.

It was really important to recognise Elliston [the site of the fatal clash between settlers and Aboriginals in 1849, in Blood on the wattle] and the reason why people were thrown off that cliff. It was about time that a memorial was placed there; it happened a long time ago and I think people need to know what happened there and why [last year a plaque was erected].

Because they’re made from blown glass, I see [the works] as living objects as well. Objects retain energy, so creating them with my breath gives them life. An artist friend of mine pointed out that he felt that my air and my breath was still trapped in those objects. I hadn’t thought about it that way before, it’s quite a beautiful analogy.

Glassblowing is a medium that demands your respect – you have to physically work for it, to create something. It’s not an easy process. I’m really proud of the fact that I can actually blow glass; it was something that I set out to do and I’ve achieved that. You usually blow glass in a four-hour session in the studio; you become physically strong in many ways, lifting and blowing glass and constantly turning the pipe. It’s interesting because you don’t really notice this [but] I have so much enjoyment when I’m creating those pieces as well. So, it’s got nothing to do with the sadness related to the story or the story that’s part of the work that I’m creating. For me, it’s quite a therapeutic way to create the work as well.

[My practice] is a way to deal with those sorts of stories. [When conducting] family research or research in general related to issues of colonisation, it can be hard to [make those discoveries]; it’s an emotional process and then once it’s done, it’s not necessarily done but it’s a way of helping you deal with it.

In Australia, [you] constantly hear about how Aboriginal people need to get over it, [to] move on. Australia was colonised not long ago. It’s upsetting for me to hear, and people have said it to me personally as well that I need to get over it, and stop making negative work. And for me, [the work] is not negative, it’s speaking about events that have happened. My artworks are historical documentations as well. It’s important to speak about what happened because it’s still affecting Aboriginal people today. It’s important to reference the horrible things that happened here.

For me, my Aboriginal identity is what drives my practice. It’s who I am, and I’m incredibly proud of my heritage, so I guess that’s what comes through in my artworks. It’s something that I strive towards; I’ve been in a position to talk about my family history, and particularly about my grandparents, knowing what they had to deal with before I was born. I was thinking about their courage and what they had to deal with, and they got through it. That just shows how strong and resilient Aboriginal people are. And so, if it wasn’t for them, I wouldn’t be here. I was able to have an education. I have a master’s degree, I’ve travelled the world many times – particularly with them, as I would call it, in my artworks. And so, that’s my identity as an artist. I wouldn’t have it any other way really.