In a rare and wide-ranging interview 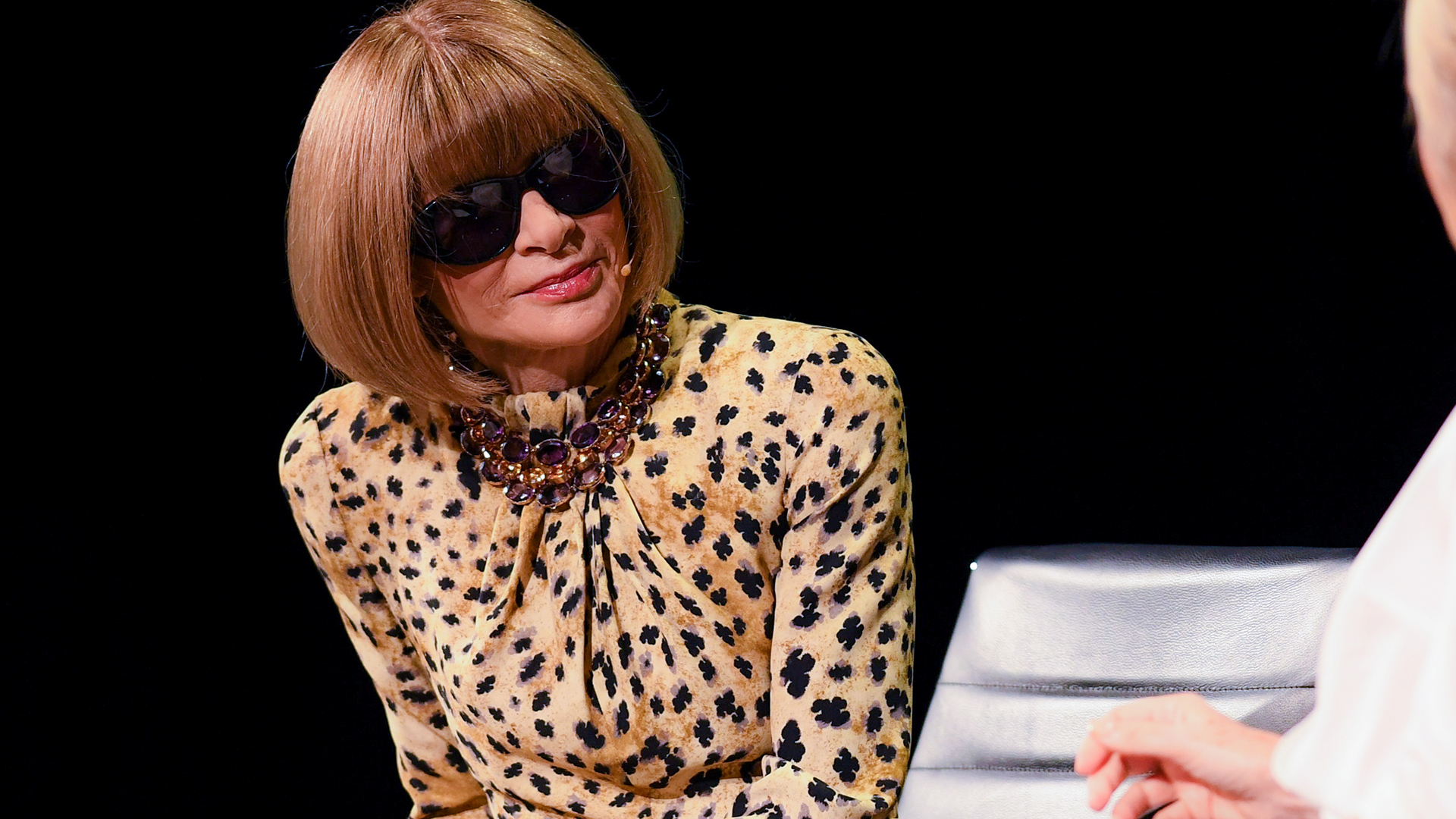 Anna Wintour doesn’t often give interviews. But when she does, you can be sure she’ll bring the intelligence, humour and grace she does to every issue of US Vogue.

Wintour sat down with her former rival, now friend Tina Brown for a conversation at the 10thannual Women in the World summit in New York City on Friday.

When Brown acknowledged the fashion world was still grieving Karl Lagerfeld, who died less than two months ago, Wintour paid tribute to her dear friend.

“There was no one like Karl. He was just a completely exceptional person,” she said.

“He was a linguist, he was a historian, he was a designer, decorator, philanthropist, humanitarian. He was witty, he was wicked, he was the best kind of friend to have. He was incredibly generous and kind. He was this larger than life figure that I think we all need to inspire the world.”

Wintour, who was close friends with the Chanel creative director for decades, shared an anecdote from the days after his death that showed to her his global impact.

“It was very poignant for me when we lost him. I was in London and I had to get on a flight very early the next morning to go to Milan, and I was sitting there reading all of the obituaries. There was an unfashioned type gentleman sitting next to me – you know, checked shirt – and I just suddenly started to ball, really ball.

“He was so lovely, he just reached into his pocket and kept giving me handkerchiefs. At the end I said ‘thank you for being so very kind,’ and he said ‘madame, the world has lost a great figure.’ And that meant a lot, that even those not in our industry, the whole world felt the same way.”

Oprah Winfrey wasn’t the only person to offer up Jacinda Ardern as a powerful recent example of female leadership at Women in the World. When Brown asked Wintour who she looked up to and was inspired by recently, she named Ardern.

“Most recently, I have been so impressed and inspired by the Prime Minister of New Zealand,” Wintour said, referring to Ardern’s poised but compassionate leadership and swiftness in changing the country’s gun laws after the Christchurch massacre.

“I think when we look at the terrifying issues in this country and other countries, and how brilliantly and emotionally she handled it, and how swiftly they moved to correct the situation, it is astonishing to me that we cannot pass the simplest correction in this country.”

Wintour, who will host the annual Met Gala next month, also touched on her decision to publicly support Georgina Chapman, former wife of Harvey Weinstein, after the news broke of his alleged assaults and repeated predatory sexual behaviour.

“I think we’ve seen many times over the years where maybe the wife is the last person to know what her partner might be up to,” she said, defending Chapman.

“And I think that Georgina behaved with discretion. I think [she] was, you know, emotionally, obviously, devastated but was very private, was very concerned rightfully about her children and I think it would’ve been exceptionally unfair to blame Georgina for her husband’s behaviour.”