It's impossible to take your eyes off her

It was hard to keep your eyes and ears off international human rights lawyer Amal Clooney as she spoke of the US government’s relationship with the media. In New York with her husband, actor George Clooney, Amal criticised Donald Trump for giving autocratic regimes “the green light” to constrain journalists and the free press and encouraging violence against them.

The star couple attended the 23rd annual United Nations Correspondence Association’s gala night in Manhattan on Wednesday. Amal – who was honoured at the event with the Global Citizen of the Year Award – took the opportunity to speak out against the President.

“The chilling effect is real and it has already been felt… in autocratic regimes from North Korea to the Philippines to Hungary to Turkey and Brazil,” she began. “The U.S. President has given such regimes a green light and labelled the press in this country the enemy of the people. And of course, two months ago, a Washington Post journalist Jamal Khashoggi walked into a consulate in Istanbul and was brutally tortured to death.”

President Trump has long talked about the fake news being the enemy of the people. But Amal said the problem wasn’t only one in the United States. She cited other cases she has worked on where the leaders of countries have “ruthlessly targeted reporters so they can no longer criticise leaders.”

“And you, the press, are under attack like never before,” she continued. “You are being jailed at a higher rate than ever. You are dying while covering wars, not just because you walk unarmed on the most dangerous places on earth but because you are being targeted for exposing crimes committed, for speaking the truth that perpetrators find the most difficult to hear.”

Amal also thanked her father-in-law for raising her husband. And she did ever so stylishly in a floor-grazing gown by French fashion house J. Mendel.

If this woman isn’t your intelligence goals, wake up. 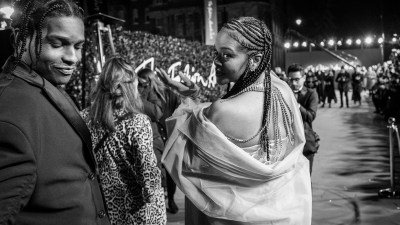 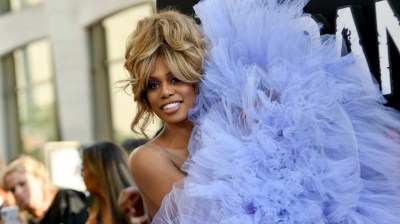