Alexander Wang Has Been Accused Of Sexual Assault

New York-based designer Alexander Wang is being accused of sexual assault by several people, including model Owen Mooney, on TikTok, Instagram, and Twitter.

In an Instagram video, Mooney explained an alleged incident with Wang at a New York City club in 2017 where Mooney claims he was groped by the now-37-year-old designer. “I was by myself at one point and this guy next to me obviously took advantage of the fact that no one could f—ing move and he just started like, touching me up. And fully like, up my leg, in my crotch, like it made me freeze completely because I was in such shock. I looked to my left to see who it was and it was this really famous fashion designer. Like, I couldn’t believe that he was doing that to me. It made me go into even more shock. It was really f—ed up,” Mooney said in his account. While he initially didn’t name Wang, PEOPLE notes that Mooney followed up his post with a TikTok confirming the designer’s identity after multiple people guessed he was referring to Wang.

“This comment surprised me just because they actually got it right,” Mooney said about a commenter who guessed it was Wang. “Turns out Alexander Wang is a massive sexual predator,” he continued, per PEOPLE, “and there’s been a load of other people that he’s done this to. So in that case, he needs to be exposed.”

Instagram ShitModelMangement quickly shared Mooney’s post and it wasn’t long before others were coming forward with their own allegations against Wang, which reportedly share parallels with several others.

Popular fashion takedown Instagram account DietPrada then got involved, sharing a post reading, “Alexander Wang is an alleged sexual predator, many male models and trans models have come out and spoken about the alleged sexual abuse that Alexander Wang has inflicted upon them. It is important to show your support to these victims by unfollowing Alexander Wang and boycotting his clothing line.” DietPrada also noted that Wang enlisted R. Kelly to model for his Spring/Summer 2017 campaign when there were already multiple allegations against the rapper.

These new unconfirmed and oftentimes anonymous allegations, which were shared mostly on Instagram stories and Twitter, include Wang allegedly drugging individuals with water laced with MDMA, coercing people to attend after-parties, and making unwanted sexual advances. SMM has shared a lengthy Twitter thread collecting some of the above stories.

In 2019, rapper Azealia Banks also shared anonymous allegations from people against Wang on her Instagram Stories, before later deleting the post. The allegations reportedly chronicled similar experiences to those coming to light now, and though they can’t be viewed on Banks’ timeline, screenshots have been uploaded to Twitter.

On Tuesday, the Model Alliance posted a message of solidarity with Wang’s accusers on its social media channels, which WWD first reported on. The statement reads, “Let’s be clear: The fashion industry’s lack of transparency and accountability leaves all models vulnerable to abuse, regardless of their sex or gender identity.”

WWD and PEOPLE note that Wang and representatives for the designer have refused to comment on the allegations. 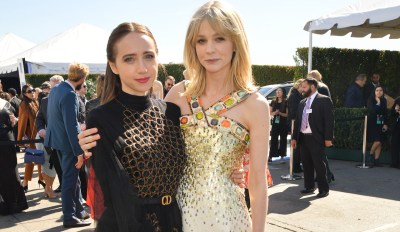