Could a brown corduroy suit be fashion week's winning look? 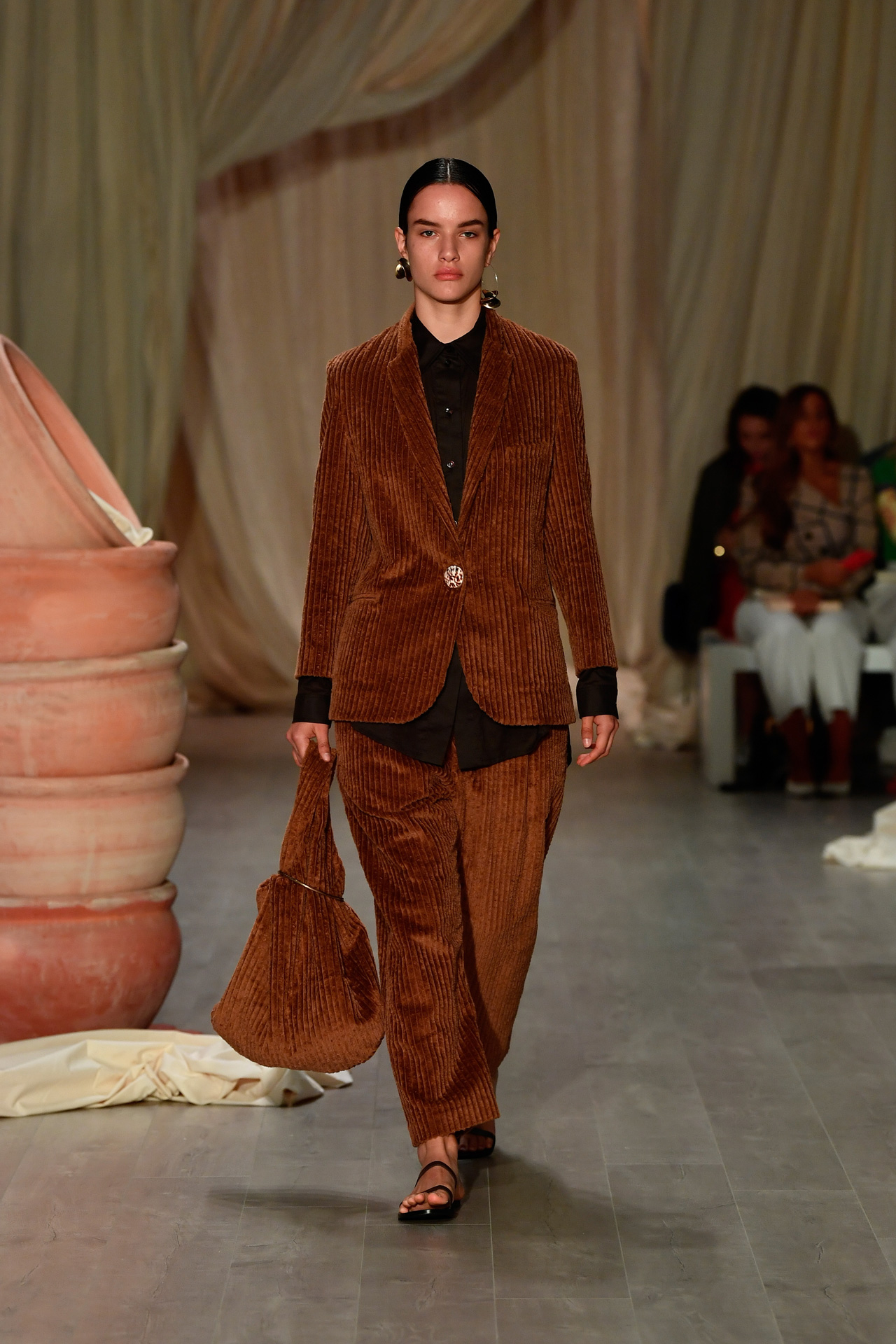 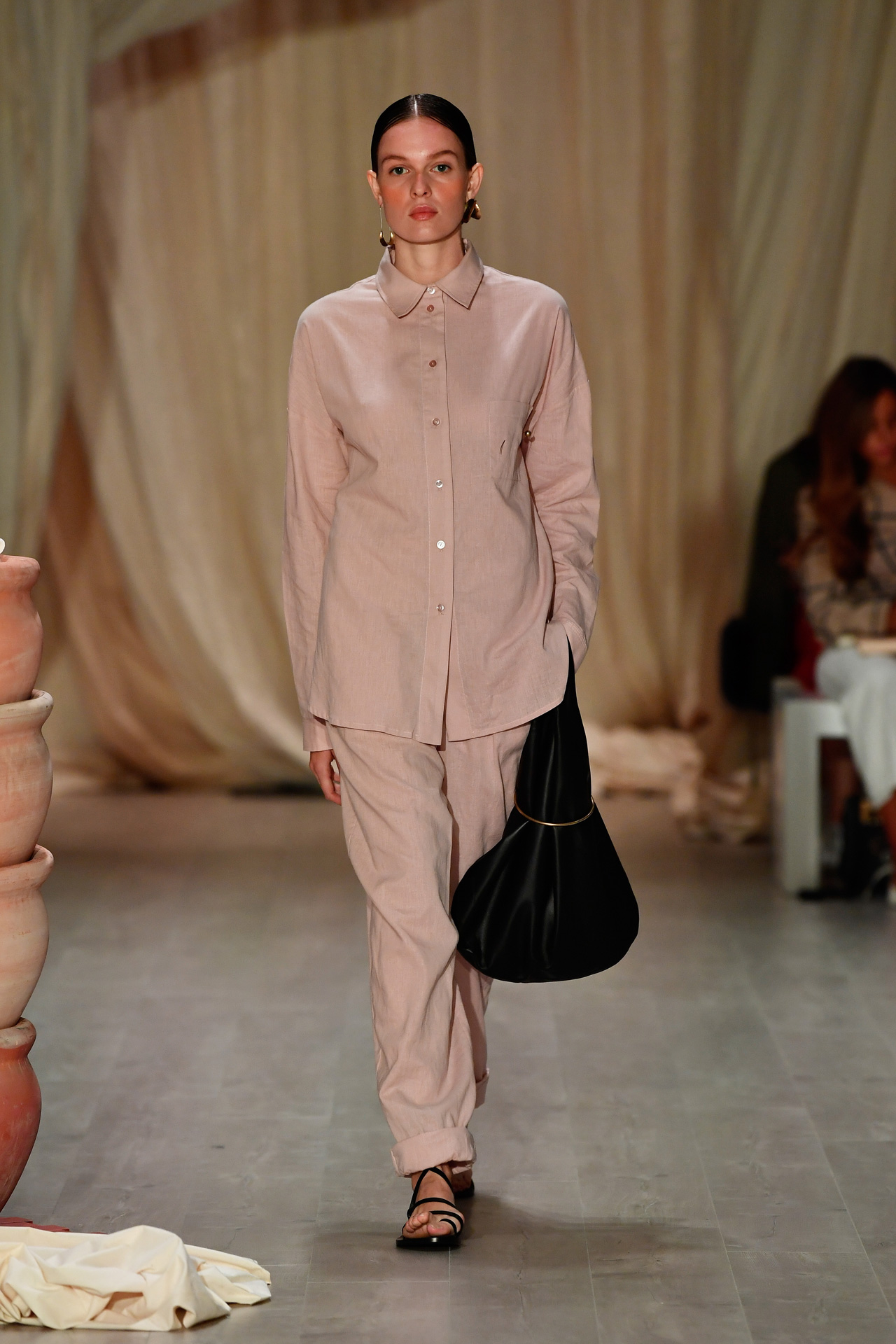 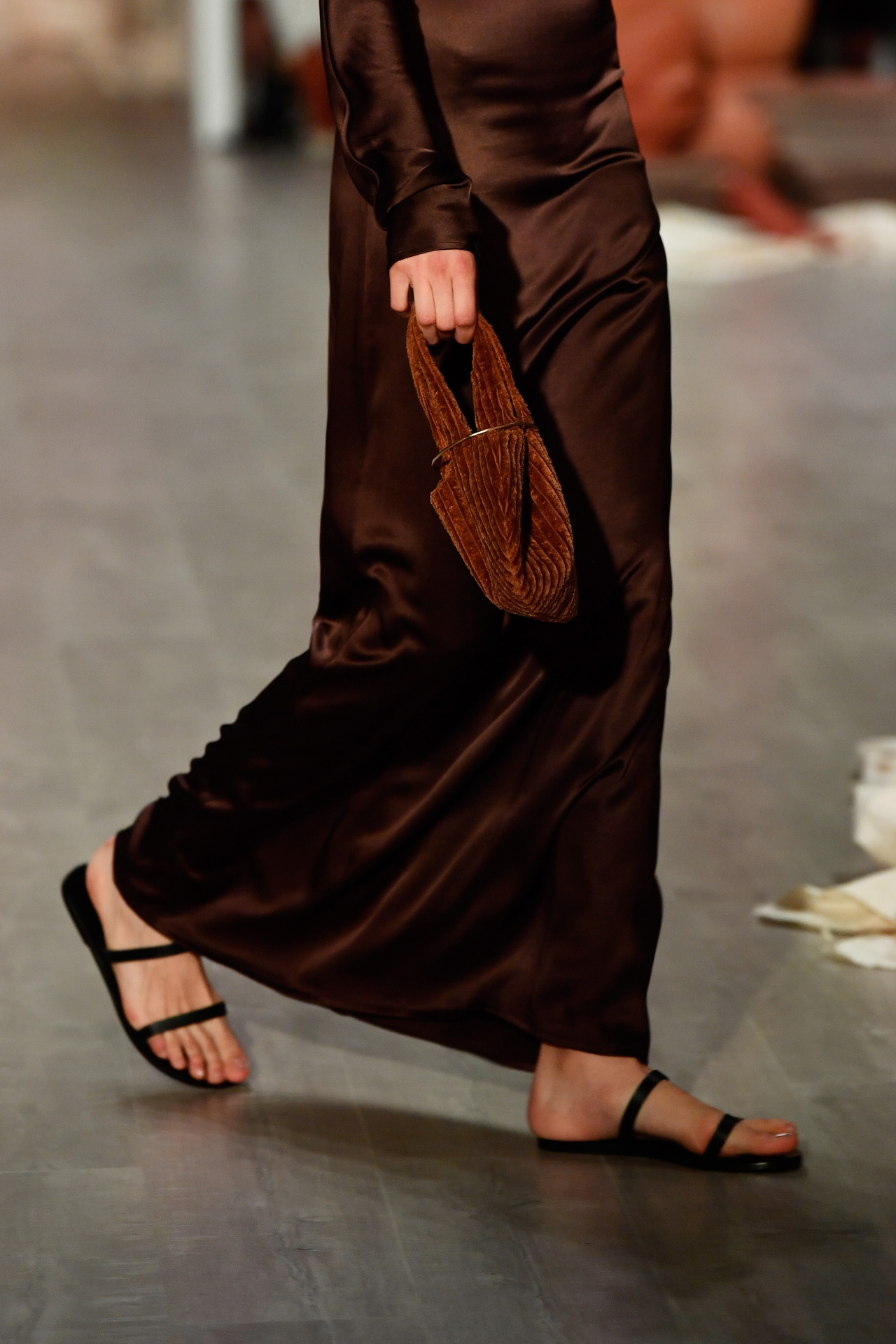 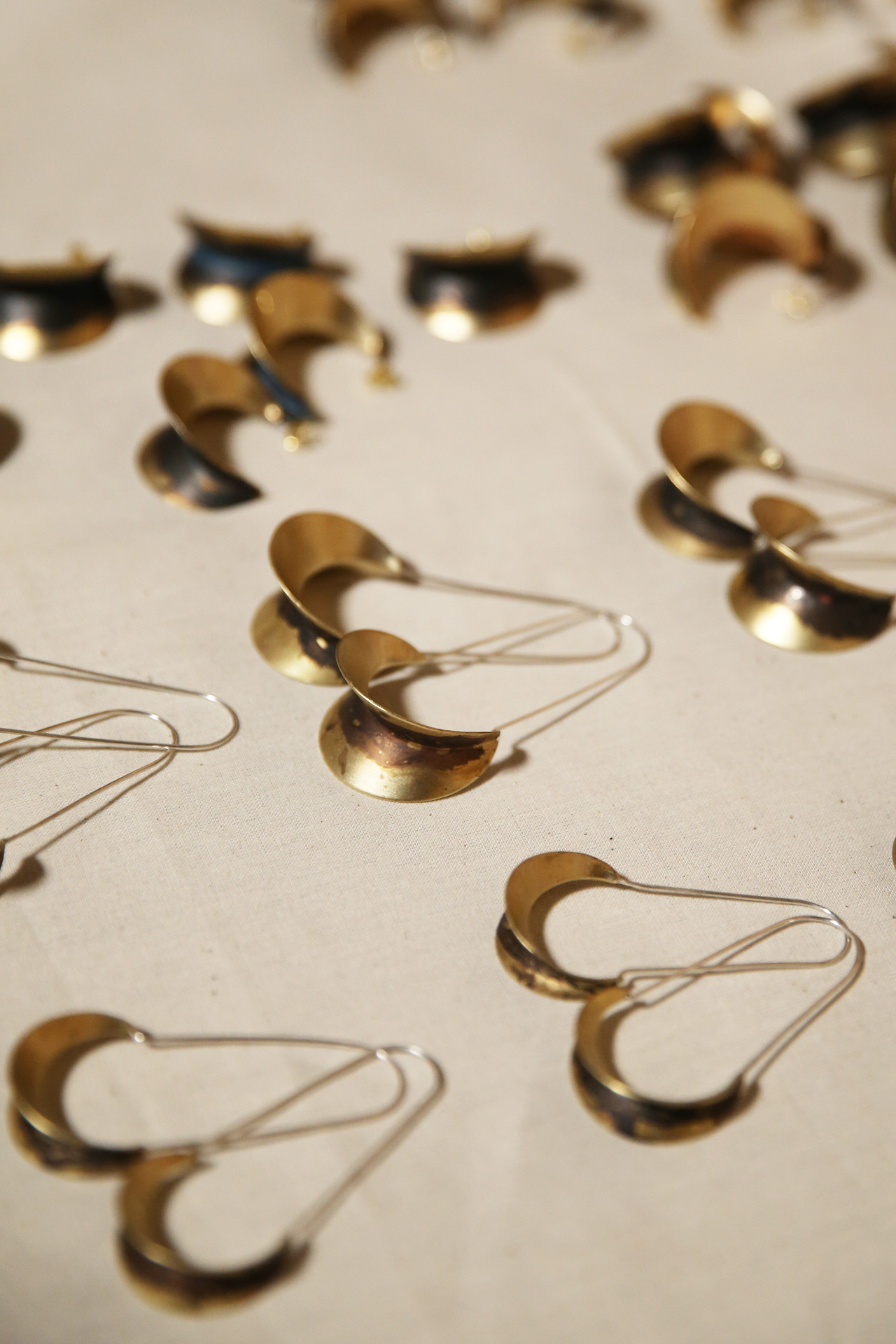 Perhaps it was just the stirring of the 12-year-old in me who once wore a pair of chocolate brown Hugo Boss corduroy pants until they were threadbare, but there was something strangely electric about a similar pair that appeared on the runway today at Albus Lumen’s Resort 2019 show, Pablo/Paloma. In spite of the dull, collegiate associations that usually plague brown corduroy, the trousers – cut loose and wide to sit just above the ankle – formed half of a voluminous suit that was fastened at the waist with a single, iridescent mother of pearl button. Worn with a severe black button down shirt and paired with a matching corduroy shopping tote designed by Helen Kaminski fastened to a close with one of the jeweler Ryan Storer’s large metal rings, the look embodied a confidence that you felt was shared by the stylist turned designer Marina Afonina, whose third outing at Mercedes-Benz Fashion Week Australia expanded on the relaxed linen separates and swimwear that have been such a hit in years past to include other examples of structured tailoring and shirting as well as sanguine, deconstructed eveningwear.

Despite the simplicity of many of the looks, the designer succeeded again at telling a transportative story through staging and styling – no small triumph in itself when you consider how hard it is to evoke a convincing mood in an otherwise sterile, mutable presentation room. Afonina’s attention turned once again to the Mediterranean, affixing in particular on the Spanish women of the 1970s. In doing so, the designer staged what she described in her show notes as an ode to Pablo Picasso, the artist whose relationships with the women in his life were famously fraught. That doesn’t seem to have factored directly into the collection presented today in any obvious way however. Perhaps not merely content with playing the role of passive muse, Afonina’s women instead seemed to put their own stamp on the artist’s terracotta hues; those suits then could perhaps be read as a reclamation of gaze and power from a famous womaniser on behalf of the women whose lives he played a part in destroying. The closing song of the soundtrack, curated by the DJ, Niki Dé Saint, suggested as much: it was The Grand Duel Parte Prima, which Tarantino fans will recognise from the female-driven spaghetti western revenge epic, Kill Bill Vol.1.

Then again, perhaps they were just great additions to Afonina’s already canny arsenal of resortwear – another ‘call to charms’ for the legion Albus Lumen roadtrippers who will follow her wherever she decides to go next. 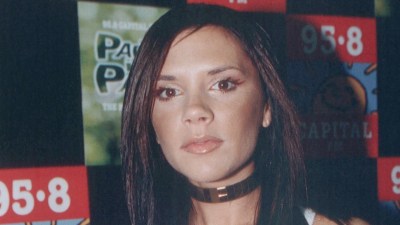