Adidas’ Pledge To Protect Our Oceans Is A Grand Slam Hit

THE GREAT BARRIER REEF, AUSTRALIA: It’s hard to imagine the pristine, cerulean waters of the heritage-listed Great Barrier Reef – or the “blue highway” as it is affectionately known – cluttered with marine debris.

But with the equivalent of 1400 dump trucks of plastic entering our oceans every day, the image of creatures such as the flatback turtle ingesting plastic (a species found nowhere else on planet Earth), is a sobering reality. In fact, at this rate, by 2050 oceans will contain more plastic than fish.

Today, ahead of Monday’s Australian Open and in a bid to slow plastic waste entering our oceans, Adidas has launched its new Tennis apparel range – a buzzy, sustainable line made in part with Parley Ocean Plastic, and entirely inspired by the Great Barrier Reef’s colours; striking coral reds seeping into deep, royal blues.

“We collect plastic off coastal communities before it goes into the oceans and turn it into yarn,” explains Adidas’ Pacific Senior Director of Brand Shannon Morgan, a method Adidas has been adopting since 2015 when it announced its partnership with ocean warriors Parley. “You’ll see our athletes in the range on the court at the Australian Open on Monday. We’re using a sporting event – the biggest in our backyard – to really showcase the beauty of the reef.”

“We need to continue to implement sustainable solutions now, so that we can help create a new era of sport for future generations.”

Adidas have never done activations by halves, and today was no exception. Working with the Great Barrier Reef Marine Park Authority, the apparel giant called on Australian sporting personalities Ian Thorpe, Jess Fox, Steph Claire Smith and Nathan Cleary to step aboard a (rather spectacular) full-sized ocean tennis court atop of a barge in the middle of the Great Barrier Reef.

With the sun beating down, the stars tried their hand at a game of tennis on the floating court, with many an errant ball flying into the water. (Editor’s note: These were retrieved post-match, and the court itself will be donated to a local school in Townsville.)

“When this [event] came up, I actually put my hand up and said to Adidas that this something I’d really like to be a part of,” says Thorpe (who shared he spent lockdown writing a fiction book!). “I see the water as being this really equitable space.”

“When we remember our holidays as kids, there’s usually a beach that is related to that – hot sand, running into the ocean. It becomes quite emotive.”

“So when we look at what’s happening and the fact that we can go back to some of those remote places and find plastic at the beaches, it can be quite overwhelming,” he continues. “Plastic is the only thing that doesn’t have an end life to it. It will exist in the environment forever. Everything else will, at some point, break down and die. Plastic doesn’t. And it needs to be addressed.”

Eco-innovation at all levels of the supply chain is something Adidas is clearly really passionate about. As we sit in limbo at this strange inflection point in the world – somewhere between a life-changing virus and irreversible environmental damage – it’s heartwarming to see a brand as big as Adidas fulfil longterm strategies, and draw their global audience’s attention to the biggest and most tangible threats facing marine environments.

“We’re in the centre of the Great Barrier Reef today, it stretches 2300km along the Queensland coast,” Fred Nucifora, Director of Reef Education and Engagement at the Great Barrier Reef and Marine Park Authority, explains to media on a boat trip out to the tennis court. “To put that into perspective, it’s as long as the west coast of the United States of America. There’s 3000 individual reefs over 1000 islands ranging from little caves to continental islands.”

“Home to one of the most biologically diverse eco-systems on our planet, I really compliment Adidas and the work that they are doing with their sustainability ranges, because it’s those actions that help to protect places like the Great Barrier Reef and eco-systems that depend on it and are connected to it.”

Nucifora then gestures to his left, pointing to Magnetic Island.

“In the last two weeks, flatback turtles have been emerging from their nests,” he says. “The efforts of Adidas and Parley in preventing that plastic from actually entering the ocean is really making the lives of turtles a little bit better.”

To the turtles and their home.

The new Adidas Tennis apparel range is available online now at adidas.com/tennis and in select Adidas stores and onsite at the Australian Open from January 17th. 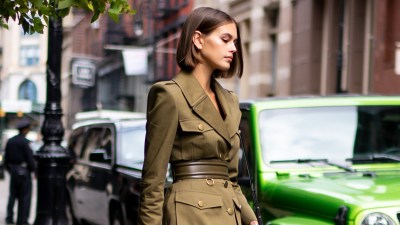 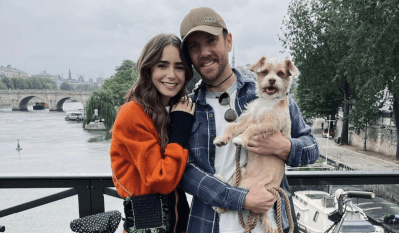 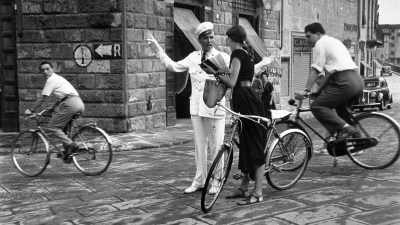