The Enigma and The Editor. The revered duo behind Carnal Flower - one of the world's most covetable perfumes - share the story behind the scent

A perfumer has to be able to smell their imagination. They have to be able to smell something that doesn’t exist. It’s a rarified craft – so rare in fact, that there are more astronauts in the world than perfumers. While you don’t need a rocket ship to get to Grasse, the two endeavors are more intertwined than it would seem. Both exploration of space and scent demand rigorous training, fearlessness and a willingness to pursue the road less travelled.

In space you don’t breathe, but with scent you don’t think. You feel. Smell and emotion are so connected that, incredibly, odor-evoked memories are more visceral than any other memory-related experience*. It’s part of why we might associate Paris with bread and cigarettes; summer with salt and sticky Gardenia; university with instant coffee and fusty textbooks.

Perfumers then (or noses, as they are affectionately referred) act like gatekeepers of time, freezing moments, places, people and feelings into an olfactive experience. To say they are simply talented would be largely undervaluing the inventiveness and magic that goes into creating scent; creating something that occupies the space between people.

So what is the process? How does a perfumer – a nose – work? For one, it’s anything but linear. It might start with a muse or a raw material, a burning ache to turn reality into redolence. It might start at the end. It might start with one accord and finish with twenty. It might take them to a secret garden in Versailles and back. It might take years! It’s a process that’s fluid and open, one that often goes without rhyme or reason. But who better to tell the story than the authors themselves? Here, GRAZIA speaks to Frédéric Malle, Founder and Editor of Editions de Parfums Frédéric Malle and Dominique Ropion, Perfumer and creator of Carnal Flower, a fragrance by Editions de Parfums Frédéric Malle, to explore the narrative behind perfumer and perfume – the greatest beauty biopics ever written.

The Editor: As told by Frédéric Malle

“My relationship with scent started early because my family was in the fragrance business. I was covered with perfume as a child. I was the kid who played sport wearing Eau Sauvage – a fragrance my mother worked on. I wore Halston Z-14 in my teens. It made me understand the power of perfume. I had a sort of desire to be in the business as well. The defining moment was when Jean Amic, the head of the most important lab in the industry at the time, thought that I was talented and asked me to become his assistant.

Perfumery is a silent language that a few understand. It’s a very beautiful, abstract art. It’s probably the most sensual art, along with music. What I find exciting is creating, redefining or participating in other people’s sex appeal. It’s a very empowering business because you dream of a man or a woman, you allude to them when you make perfume. Then when it’s finished you realise that you have changed people’s lives. Sometimes I meet these people. It’s the one thing I never tire of. You can’t be jaded because it’s simply amazing.

For me, tuberose is polarising. Some people love it and some people hate it. But the people who love it are devoted to it. I don’t wear it myself, but I love it on a woman. I had a dream to ask the best tuberose specialist in the business, my friend Dominique Ropion, to redefine tuberose. It was very ambitious. We had to source the best natural tuberose from India, which was specially prepared for us and is still exclusive to us. It was expensive, and we needed a lot. I thought it would be easy, but 18 months later Domonique and I were still at it. But we were very close.

I remember traveling to Tahiti for my wedding anniversary with a few samples as homework. It was there, after days of testing and macerating samples that I found, or smelt, what I had been looking for. The result was Carnal Flower, which is considered a masterpiece. It is also one of the most difficult perfumes to make.”

The Enigma: As Told By Dominique Ropion

“Smelling one of my creations on someone on the street is something that always makes me smile. It is a great pleasure to think that my creation can be part of a life, part of someone’s most intimate and important moments. It is quite magical.

As a child, I used to smell everything. I could recognise many people by their scent. I grew up with a mother and a grandfather who both worked for Roure Bertrand Dupont in Argenteuil, one of the most important perfume companies of the 20th century. Once I passed my baccalaureate, I decided to study physics and become an engineer. But then I had this opportunity to undertake a training course at the end of my studies in the chromatography department at Roure Bertrand Dupont. I ended up joining the company’s school of perfumery. That was a defining moment in my life.

As far as Carnal Flower is concerned, it was the incredible tuberose flower that started it all. However, we [Frédéric and I] did not want the perfume to be just a figurative floral tuberose scent. We then thought about all the facets that we could find naturally in the flower, and we played with those facets.

It was a long path, with a lot of trial to precisely develop each detail of the scent, one by one. Frédéric and I worked with method and patience. Finally, there came the moment we felt we had found the beautiful rich scent with the balance we were looking for. This moment was a real pleasure, a sensation of success to have tamed one the most iconic and tumultuous flowers in perfumery! I will never forget the first time I smelled that perfume on a lady. That moment confirmed that Frédéric and I had created something outstanding.” 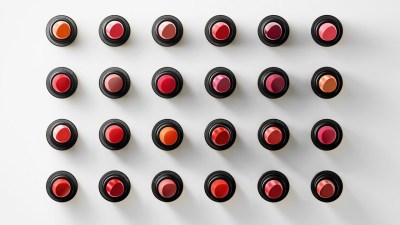 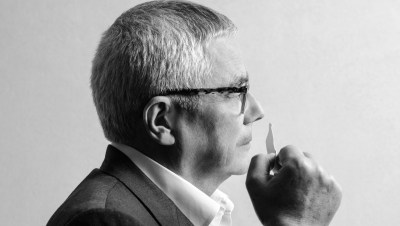 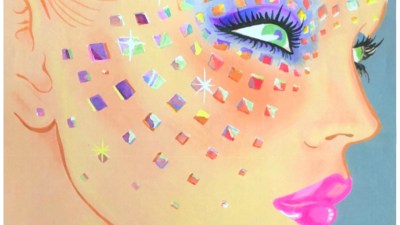